It's Hard to Know 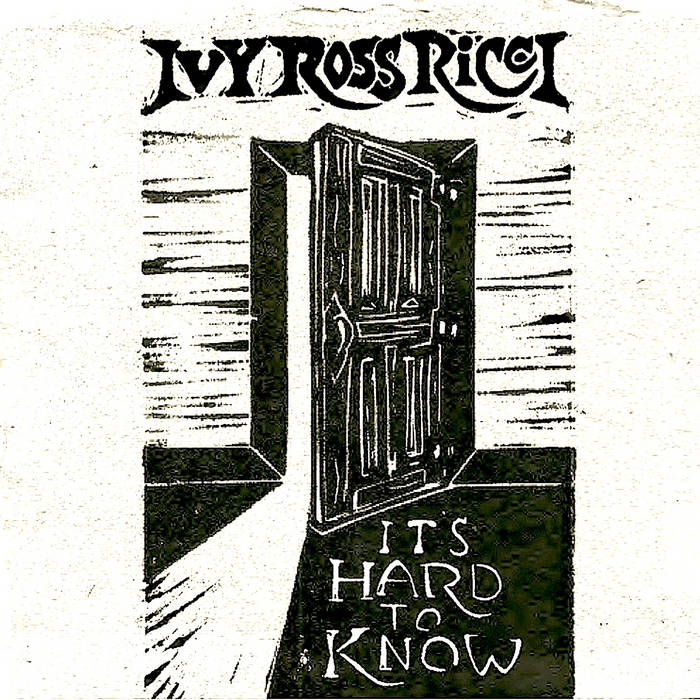 shay I produce a Story Telling series called Nevertheless, We Persist - Stories by Women. This should be our theme song..... Favorite track: Girls Sit Screaming.

"'It's Hard to Know' is a smooth ride; full of country style and poetic altruism. Ivy's many years as a songwriter are on display throughout this latest album. The more I listen to 'It's Hard to Know' the more it penetrates as a significant contribution to this time in my life."
~Dylan Provost

"Each song makes you smile for a different reason" ~Alisa Starr


Ivy Ross Ricci and Lucky Brown carried their hats and h.o.m.e. (harmony of mind everywhere) around the country with them for five years, the grateful recipients of one residency after another from Washington to Hawaii to Maine to Santa Fe, New Mexico. Then a phenomenon in San Marcos, Texas stopped them in their tracks.

Throughout their time on the road, the one thing that never faltered was their prolific creation of new music. Too often, due to listeners' shortening attention spans and understandable stigmas against the 'singer-songwriter', the songs rarely seemed to be HEARD.

In the hill country of Texas however, songs and the mysterious craft of songwriting seemed to bubble up from the ground. In San Marcos, while taking care of a yoga studio, garden, and 3 extraordinarily relational cats, Ivy & Lucky lived around the corner from a creaky old former cotton gin along the railroad tracks called Cheatham Street Warehouse.

Every Wednesday evening, Lucky and Ivy would stroll across the train tracks, over the river, and into the resonant wooden sanctuary often referred to as songwriter's church.

Cheatham Street left an indelible imprint on Ivy's heart of a strong culture among songwriters that revered sharing original songs as a way of creating community and inciting social change. After decades of touring and performing, Ivy finally found herself in a field that she had been dreaming ever since she read about the songs of social change of the '60s when she was a teenager.

In Texas, co-writing songs with other songwriters was encouraged as a way of expanding one's songwriting vocabulary and breaking out of personal and potentially limiting tendencies. For Ivy, the experience of co-writing added another dimension to an intrinsic element of writing powerful songs and poems that entails approaching something familiar and seeing it in a whole new way. Indeed, the seeds of creativity, craft, and collaboration that the venue's founder Kent Finlay had sown in 1974 delivered a renewed sense of the dignity of this medium for Ivy & Lucky.

Being inside the wooden walls of Cheatham Street felt like being inside of a guitar, and when someone was playing a song, you'd best be quiet - even if you didn't like it. You listen like there's something to learn, because there is.

As a way of honoring the songs that she had been accumulating during the trail of residencies, Ivy began to dream about whose musical voices she would like to hear on her newest work if she could work with anyone at all, near or far.

She invited the following musical inspirations from various eras of her life all over the country:

One by one, they said YES.

This album is full of honest, friendly, and vulnerable tales of transformation.

It is dedicated to the healing of hearts, the freeing of minds, and the benefit of all beings

Bandcamp Daily  your guide to the world of Bandcamp